Building on our first pilot film festival in 2017, FILM FOCUS FESTIVAL 2018 was a great success. It ran for 24 days in 25 different venues, with over 4,000 people attending events across 16 islands and parishes.

The Screen Machine made it’s annual visit to seven islands over 14 days – Rousay, Westray, Shapinsay, Sandy, Eday and Stronsay, with new addition on the circuit – Hoy.

The four regular screen venues – Phoenix Cinema, West Side Cinema, Gable End Theatre and Screen In The Square were all involved again.

Margaret Tait 100 celebrated the centenary of the birth of Orkney filmmaker Margaret Tait, with events at the Pier Arts Centre, Gable End Theatre and and street screenings at Northlight Gallery (above).

The walls of St Magnus Cathedral provided a spectacular canvas for a film marking the island’s experiences in the First World War. Thousands of people turned out for the 2 week screening of ‘The Great War: an Orkney Memorial Experience‘. Production company PLAY DEAD won a Royal Television Society award for best Animation & VFX for the creation. 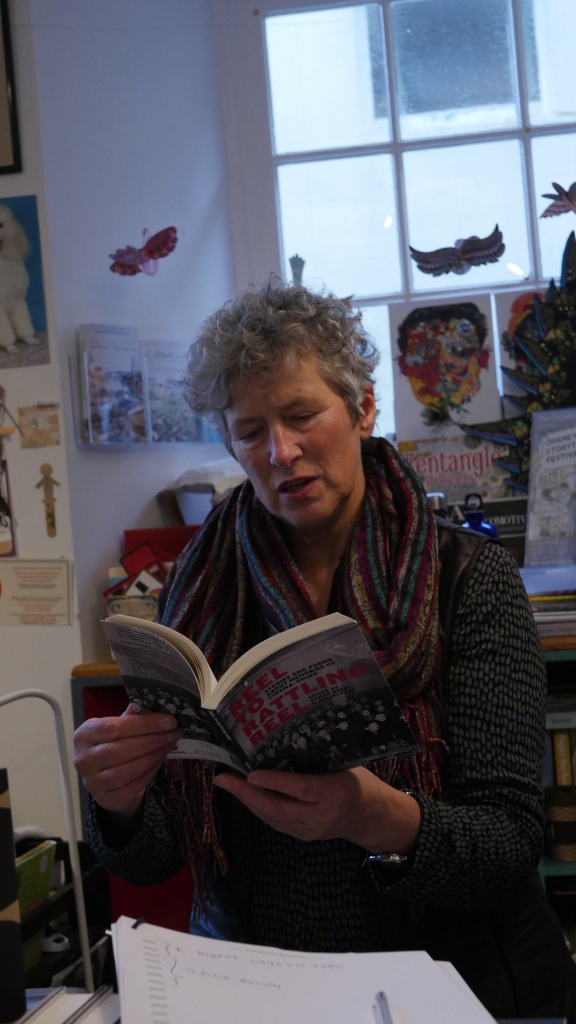 At the heart of this years festival was outreach community screenings, kindly sponsored by Cooke Aquaculture, which enabled film shows at The Gable End Theatre, Screen In The Square, Milestone Community Church in Dounby, North Ronaldsay Bird Observatory, Shapinsay Boathouse and The Grand Old Byre in Westray. New community additions this year were Graemsay Community Hall and Burray Hall. We had a great feedback from these screenings and hope we can do similar again.

‘Screening was brill, we nearly ran out of chairs!’

‘Our attendance was approaching 1/3 of the island population! And everyone stayed on for a chat and a cup of tea afterwards’.

‘It meant a lot to us to be included in the Film Focus Festival last year. Our community cinema is still going and we’d love to be involved again’.

‘Well done on a fantastic film festival – November is Moviember!’

That’s just a snapshot of what was on offer last year. We hope we can match or even better it this time – see you all at FILM FOCUS FESTIVAL 2019 01 – 23 November.